Those who participated and partook of Khanda Battae di Pahul were commandeered by Guru Sahib to have the above Five Kakaar's on their person. There were no exceptions; anyone who claimed to be Guru Ji's Sikh would have the distinct identity and be forever recognized for they will stand out both for their conduct and their appearance. The Five Kakar's in detail are;

In 1609, Sri Guru Hargobind Singh established the first and the most important one of the Panj Takht 'Akal Takht' near Sri Harmandar Sahib (Golden Temple) at Amritsar. 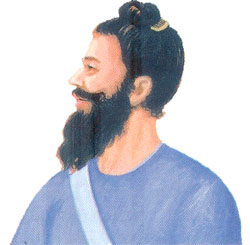 All who wish to be known as the Khalsa will not allow the scissors or the knife to touch their hair. The hair will be worn unshorn and tied in a knot to keep them manageable. Guru Nanak Sahib in Aasa di Vaar had already said that loose hair are like the dust that blinds one's eyes. Guru Gobind Singh Ji also commanded his Sikhs to observe that hair should be kept clean and washed regularly. Matted hair were not allowed and accepted in his presence. Males should also take care of their beards and keep them clean as with the hair on the head. The beard of the male should not be touched by the scissors or the knife to shorten them.

It is worth noting that while men were expected to cut hair women were meant to keep their hair long to define their femininity. There is still an expectation in society that we are almost forced to comment on a woman's hair style as offering some insight into her being.

In asking men and women to respect hair and look after them Guru Sahib also implicitly expected that men will not disown that part of their personality that was about nurturing, caring, empathy and gentleness. 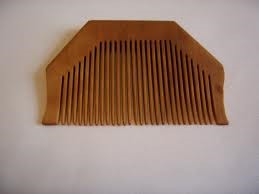 Kanga was to be the instrument of cleansing. A Sikh should wear the Kanga in his/ her hair and regularly comb his/ her hair to keep them clean and tidy. He will also use the Kanga to clean his beard. Kanga should be simple and right for the purpose. It should not be ornamental and worn as a piece of jewellery. The Kanga in his hair/ her hair will remind the Sikh that just as the hair need cleansing his/ her mind also should be cleansed through the comb of Simran. Health in its general sense was very important. The message from Guru Sahib was for the Sikh to be aware that cleansing was not just about the hair but also about the mind and one's thoughts and ideas. As one combed the hair one should become aware of those ideas and thoughts that separate us from the 'other'. The mind and its contents also need a comb. The form of that comb is Simran.

Kanga teaches the Sikh to bear frustration and accept that effort is required for each and every endeavour. Achievements do not come through magic or miracles but through persistence and commitment. 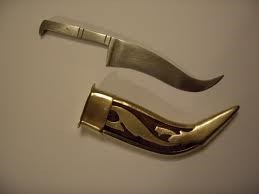 The Kirpan is a small sword that the Khalsa wears diagonally on his torso. The Kirpan shall remind him/ her of his/ her responsibilities to themselves and the community. In times of danger the Khalsa will know that he/ she is able to use the Kirpan as a weapon to defend oneself as well as lay waste to the enemy. The Kirpan reminds the Khalsa that he/ she has strength, power and agency. The Kirpan is a symbol of his/ her free will. It bears witness to the concept that he/ she is not a slave and beholden for protection to another. For the Khalsa the wearing of the Kirpan puts to bed the notion that the female is lesser than the male. The Khalsa female does not need the protection of the male for she is endowed by Guru Sahiban with the Kirpan to not only protect herself but also to protect others if need arises. She will sit in the company of equals.

The full impact of the Kirpan can't be understood without a glimpse at history and a look at modern times. At the times of Guru Sahiban society was ridden with divisions in which the poor and the lower castes had no human rights let alone expectations of their protection from the powerful. Guru Nanak had already boldly stated that when the rulers and civic authority prey on its population what hope for justice and the rule of law. It was nay impossible for a poor man let alone a woman to even entertain the idea that they could wear or carry a Kirpan. This was sacrilege and unheard of. In offering the Kirpan to the Khalsa Guru Sahib also had another purpose. In life there is a time and event at which each one of us utters the words," I don't have to get involved. I am on my own." The wearing of the Kirpan reminds the Khalsa that each individual has the power to make a difference to the community they live in. By the virtue of their presence one belongs to the community at that time and has responsibility towards it. The Khalsa must speak for those who are unable to and must take a stand on behalf of those who can't.

The literal meaning of the word Kirpan is one who offers hope, blessing and refuge. Guru Sahib reframed the notion of the sword from a potency that was steeped in danger to one that would be filled with love for all.

Guru Sahiban bestowed on the Khalsa the garment of modesty through the wearing of the Kachera. The Kachera has a drawstring that is pulled tight around the waist to ensure that it does not fall down and expose the wearer to ridicule. The length and cover it provided to the Khalsa meant that he could dispose of garments that caused hindrance in battle.

Historically the poor and the wretched had little by way of garments that were meant to offer them protection from the elements. This was since their status in life was such that they were resigned to the idea that they had nothing to protect. Guru Sahib commenting on the status of the Sikhs had said," My Sikhs are not downtrodden but equal of all". In putting this forward he was also making it clear that they had dignity, respect and rights as equals.

The knot in the draw string puts emphasis on the wearer that they had personal responsibility for their desires and impulses. They could not put their failings onto others for their conduct. 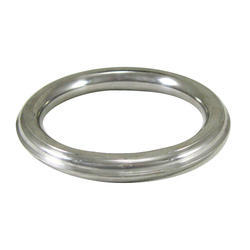 Guru Sahiban proffered the Kara to the Khalsa in recognition that in the detail of daily life it is easy to miss the big picture. One can easily succumb to a ritualised way of seeing Waheguru as residing in a designated place or direction. A Gurdwara can become the place of residence of the Guru contrary to the teachings of Guru Sahiban. The phrase "Guru Ang Sang Hai" carries specific potency and urgency. The wearing of the Kara reminds the Khalsa that the Guru does indeed reside in His creation and not in building of bricks and mortar. The Kara worn on the hand that one uses most introduces the Khalsa to the notions of reflexivity, omniscience and omnipotent of Waheguru. Guru is to be found through the Sangat. Indeed Waheguru resides in one's mind since each one of us belongs to Waheguru. The 'other' I see is that aspect of me that I can't come to terms with without seeing them outside of me.